Jobs for Ex-offenders and Felons 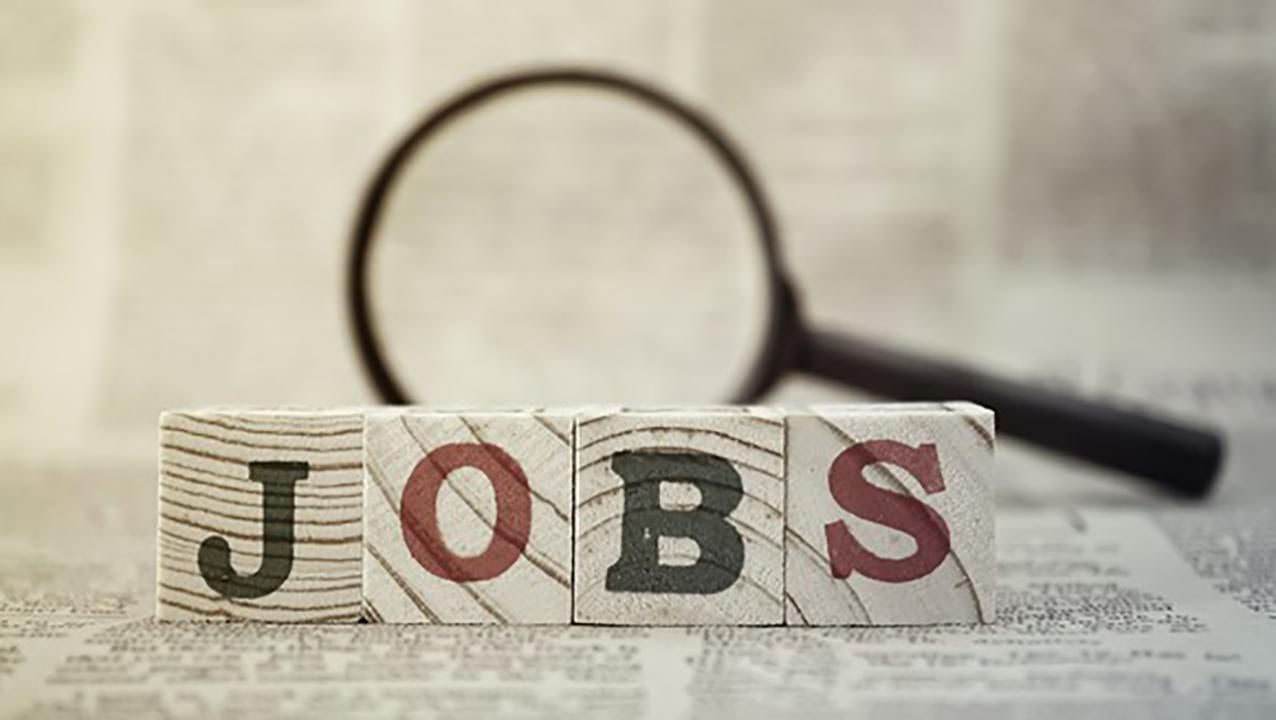 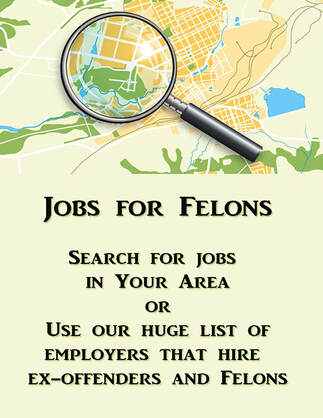 Tips to Help E-offenders and Felons get Jobs


Decide what type of work you want to do.
Take a little time to decide what type of jobs you want to apply for.  If you don't have a lot of experience, you should apply for entry level jobs.  If you have experience in a type of work, you can be more specific in the jobs you should apply for.  Many job boards allow you to search for specific types of jobs in a specific area.  Try searching for jobs here:  Search for jobs in your area

Hopefully you will find several available jobs along with how to apply.  This will be a great start to your job search.

​Network to get Jobs
Networking just means talking to people you know to find job openings.  Let everyone you know that you are looking for work and do they know of anyone looking for help.  This is the single best way to find jobs.


Get References
When you are applying for jobs, you'll need to have a list of references ready. A reference is simply an upstanding person who will say something positive about you.  Commonly, employers ask for about three references. Those references should be able to say something positive about your skills, abilities, and qualifications as they relate to the jobs you apply for.  Good references could be previous employers, co-workers, teachers, and others who know of your abilities and character.  Before using anyone for references, ask their permission.  Let them know that you are looking for work and would like their help by being a reference.

Appearance
​Before you apply for any jobs, ex-offenders and felons have to put themselves in the best position to be hired.  The first and most important is appearance.  Who do you believe is likely to get hired, someone who looks like a thug, or someone who is neat and well groomed.  Do you have clothes that will give you a good look? For men, a well fitting suit with a nice shirt and tie would be the absolute best thing. Someone just coming home may not have a suit, but I suggest that men at least have dark dress slacks, a light colored shirt and a coordinated tie. You should also have a pair of shoes that can be shined. Not boots, not sneakers…shoes!

Get a Resume
Do you have a resume?  A resume will present your skills, past experience and other information that an employer may need.  Everyone looking for a job should have a resume.  If you do not have a well written resume, you should get some help getting one done.

Always be Honest!
Whether it's completing applications or on interviews, it is important for ex-offenders and felons to always be honest.  Some feel if they are honest, they won't have a chance at getting hired.  In this day and age, it is nearly impossible to hide any information, especially criminal records.

I know people who have lied on applications and gotten jobs.  They later lost jobs when the employer ran a background check.  It's true that some employers are turned off when they see applications that list criminal convictions.  That's why it is important to apply for as many jobs as you are qualified for.  There are employers who will give ex-offenders and felons opportunities.  It may take you applying for many jobs to find an employer who will offer you a chance.

GO BIGGER THAN YOURSELF: THE POWER OF NETWORKING

From a DUI charge to petty theft, successful job searching with a criminal record is definitely an uphill battle. Many convicted felons strive to obtain a job as it provides financial security and the greater possibility of restoring your record. Luckily, more and more industries are opening up and hiring citizens with records.

Criminal Background Checks
Criminal background checks are pretty universal among businesses, which means employers will most likely review your background. According to a study from the Society for Human Resource Management, managers are willing to hire employees with records if they have solid references, outstanding job performance, and a certificate of rehabilitation. Businesses don’t merely run background checks to fulfill some idle curiosity about your past—if an employer didn’t go over an individual’s background and that person commits a violent or illegal act on their premises, the company may be held liable.

Accessing Documentation
The Public Access to Court Electronic Records system makes federal court documents available online, enabling employers to see whether you’ve been involved in criminal court cases. However, most states put limits on what an employer can check. They can enact restrictions that only allow businesses to see felonies and not misdemeanors as well as only making records from the last five available. For those put under arrest but not convicted, employers can still access arrests via the Fair Credit Reporting Act.

A Few Things to Keep in Mind
Though the outlook for job employment with a criminal record is looking more promising, there are a few industries which will not hire those with a record. Former criminals will likely not receive jobs working in education and working among children, especially those with offenses that involve minors. Individuals with a criminal record will also find it difficult to get work within the government, hold public office, or join the police force. If your arrest or conviction relates to the job you are seeking, it will probably negatively affect your chances of getting the job. For example, a car theft conviction will probably not look good if you’re applying to be a car mechanic.

Although people with a criminal record have some constraints when it comes to finding employment, many individuals are working to make a positive change. The Fair Chance Business Pledge initiative, which Facebook, Starbucks, American Airlines, and a few American universities signed, is fighting to provide job for felons when they re-enter society—learn more about the pledge and how you can join.

One inquiry sincerely shook Felicia smith at some point of her 2d process interview after serving 12 and a half years in jail.
"how can we recognize you are not going to go back to what you went to prison for?"   Smith told the organisation she made a mistake that value her gravely. she missed years of her daughter's life. she left her child at 17 months vintage and didn't come home till she became 14. it didn't take long being incarcerated on a non-violent, drug conviction to deter her from making the equal mistake once more.

Smith was granted executive clemency on former President Barrack Obama's final day in workplace. but she's nonetheless faced demanding situations transitioning returned into the network.  She turned into released in 2017 and spent six months trying to find a task when she were given out. she changed into required to apply for jobs every day of her first month residing in a midway residence. she crammed out software after application. no one called.  "Nobody become in reality willing to hire me, even though they had hiring symptoms on the door," she stated.

Ultimate year, formerly incarcerated people have been unemployed at a charge of greater than 27% — exceeding the highest level of unemployment ever recorded inside the u.s. the price was 24.nine% for the duration of the brilliant depression.

September 2017, smith were given her first paying process at a candy potato plant. after handiest two years of being out, smith is an organizer with the Shreveport bankruptcy of voice of the skilled (vote), a grassroots organization founded and run by formerly incarcerated persons.

Smith is one of the people an activist encouraged for Monday. sporting an orange prison uniform, the activist chained himself to a pole across the road from Caddo Parish court docket house for at the least five hours.  Deaveon Benjamin protested for identical jobs opportunities for felons.

Benjamin said he hoped his non violent demonstration would draw the attention of lawmakers. unequal employment contributes to violence in the black network, he said.

job discrimination in opposition to felons happens in some of methods. places of work that require personnel to reap nation licenses would eliminate a person with a criminal from the applicant pool. getting licenses regularly calls for a historical past check.

Due to racially disproportionate incarceration quotes, employers who discriminate against folks with criminal records might be in violation of identify vii of the civil rights act of 1964, which protects humans from racial discrimination. the law prohibits employers from discriminating in opposition to individuals because of race, religion, coloration, nationality or another protected basis.

A marketing campaign referred to as ban the container is geared toward casting off the take a look at box that asks if applicants have a criminal record from employment applications. the campaign pushes employers to choose applicants based totally on qualifications instead of past convictions.  Extra than 45 cities and counties, inclusive of NY metropolis, Boston, Philadelphia, Atlanta, Chicago, Detroit, Seattle and San Francisco removed the query about conviction history from applications, in keeping with the ban the box website.  the instances requested Timothy Magner, president of the extra Shreveport chamber of trade, whether the chamber could aid banning the question about previous convictions on applications. he stated it depends on the character of the business.

A document from the Louisiana department of protection and corrections said from 2016 to 2018 the prison population decreased due to the fact more individuals were made eligible for work launch programs. paintings release programs permit low-risk inmates to work out of doors the prison and go back while their shift is entire.   Magner emphasized the significance of these sorts of packages that provide convicted felons with process training abilities.

". . . so oldsters do not just have access degree abilities however better stage abilties so that you can get into jobs which have profession capacity," he stated.

Magner stated he testified at committee hearings in help of the justice reinvestment payments that were carried out in 2017. along with decreasing recidivism and caseloads for parole officials, the rules changed into geared toward reducing the prison populace.

In 2017, Louisiana lead the country in imprisonment, with a charge nearly double the national average. the entire jail population dropped through 7.6% the primary quarter of 2018.

Curtis Davis, who served 26 years in Louisiana nation penal complex, commenced advocating for the justice reinvestment act when he changed into launched in 2016.

"there has always been a stigma attached to being an ex-convict. the idea is that we are all morally corrupt and a hazard as employees," Davis stated.

Davis talked about pushing for policy that could provide tax incentives to groups that hire convicted felons. policy reform including this would lessen recidivism fees due to the fact most crimes are committed through humans trying to continue to exist, he said.

"in case you do not have a activity, you thieve to devour," Davis stated.  One in 3 inmates released from prison lower back there inside three years, in step with the June 2018 record from the Louisiana branch of safety and corrections.

Magner, Benjamin and smith are not the handiest Shreveport locals advocating for felon employment opportunities.   On Monday, Beatricious Foster of save our sons drop the guns, and Amaelie Roberson of asap Shreveport, collected ninety four signatures in help of identical employment opportunities for felons. their intention is to benefit 3,000 signatures to offer the petition to the mayor.